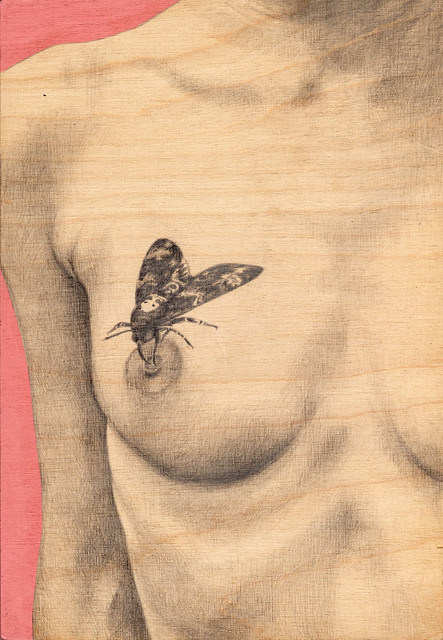 Since last April I have bred two generations of Death's-head Hawk moths (Acherontia atropos). Acherontia species are notorious mainly for a vaguely skull-shaped pattern on the thorax. The skull pattern has burdened the moth with a negative reputation, such as associations with the supernatural and evil. There are numerous superstitions to the effect that the moth brings bad luck to the house into which it flies, and that death or grave misfortune may be expected to follow.

Acherontia atropos is commonly observed raiding beehives for honey at night. It is attacked by guard bees at the entrance, but the thick cuticle and resistance to venom allow it to enter the hive. It is able to move about in hives unmolested because it mimics the scent of the bees.

The species name Atropos is related to death. Atropos or Aisa, in Greek mythology, was one of the three Moirai, goddesses of fate and destiny. Her Roman equivalent was Morta. Atropos or Aisa was the oldest of the Three Fates, and was known as the "inflexible" or "inevitable." It was Atropos who chose the mechanism of death and ended the life of each mortal by cutting their thread with her "abhorred shears."

I've been drawing lots of moths lately. One of the themes has been breast cancer. We have a history of it in our family. I've thought a lot about how the breast can be a life giver and the taker. In my painting there is a woman breastfeeding the moth, giving him honey. This honey sucker has a thirst for life. 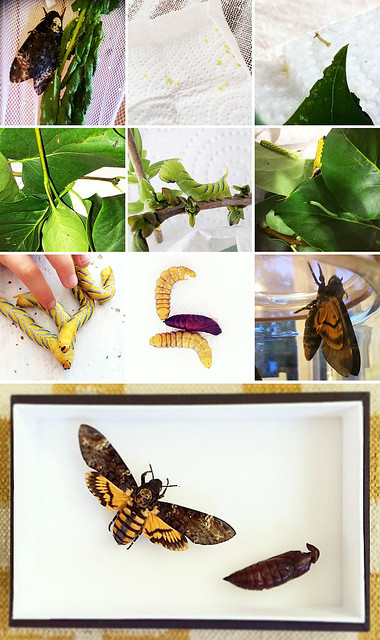 metamorfoosi
8 years ago by Julia Janka